An Introduction to Socionics: Part 3 - Inter-Type Relations and the Quadras


In Part 1, I covered the basics and in Part 2, I showed how the basics come together into a Model for each personality type. In Part 3, I will show how these different types interact with each other in relationships and in communities of people.

This refers to the pattern of functional interaction between two socionic types, that is to say the description of the psychological compatibility between two types.

There are fourteen of these relationships and among them twelve are called symmetrical and two asymmetrical.

Some of the inter-type relations are more psychologically compatible (or favourable) than others. The different relationships are listed below in order of most to least compatible

·         Duality: Symmetric relation. They are perfectly fitted for each other as the suggestive and mobilising functions of one match the leading and creative functions of the other and vice versa, allowing just the right synergy of valued information. This leads to a “Yin/Yang” effect.

Dual relationship between an ILE and an SEI.

·         Identical: Symmetric relation. The two partners of such a relationship have the same IM type and thus all functions are exactly matched. These pairings can get to know each other extremely quickly and have no trouble with communication. However, they rarely find solutions to each other’s problems and they will want to take responsibility in the same field, which might lead one partner to idle. For example, an ILE and another ILE.

·         Activation: Symmetric relation. Their ego and super-id blocks are matched so they find it comfortable to let down their guard around each other however the leading matches the other’s mobilising and the creative the suggestive, meaning too much and too little of certain kinds of required information are given. As a result, although common for friendships, these relationships can be a little over-stimulating and even competitive, requiring the partners to require breaks from each other from time to time.


·         Mirror: Symmetric relation. It is a relationship of intellectual connection and stimulation and mutual correction. The pair share the same ego block but with the leading and creative functions switched, causing a different emphasis on how they approach similar fields with opposite temperaments. They will often respect and appreciate eachother’s work but may feel that something is being focused on too much and another more important thing is being compromised.

·         Quasi-identical: Symmetric relation. This is a relationship of external similarity and internal value dissonance where the two partners have their leading functions matching each other’s demonstrative functions and creative with ignoring, meaning that although the partners may superficially work in similar fields and do similar things, they have very different priorities in how to approach matters, meaning that they may never agree on what is the right way to do something and may see each other as ‘wrong-headed’. As a result quasi-identicals often resemble ‘topsy-turvy’ versions of each other.

·         Extinguishment: Symmetric relation. This is a relationship of confusion and confounding where the two partners have their leading functions matching each other’s ignoring functions and creative with demonstrative. A strong, explicit values dissonance should occur, with each stubbornly disagreeing with what the other thinks is most important and not backing down. Each type will see the other as highly contrarian and unwilling to accept their point of view.

·         Conflicting: Symmetric relation. Conflict is the inter-type relation considered to be the least compatible and fulfilling psychologically as the two partners are complete opposites. The leading and vulnerable functions as well as the creative and role functions are matched leading to mutual misunderstanding and inadequacy as both find each other to lack in desirable qualities or operate in a manner that can be really understood. Unfortunately, the conflictor is the quasi-identical of a person’s dual and so such relationships can come about due to confusion, the people superficially being a point of intrigue at a distance and thus having an attractive effect to begin with. This often goes wrong once they come closer.

Quadras are united by their values, which Reinin categorised by two dichotomies:

This determines which Irrational IM Elements are valued.

This determines which Rational IM Elements are valued.

·         Alpha: World-Accepting and Clarity-Seeking. Includes LII, ILE, ESE and SEI. Thought to have a “childlike” mentality. Combines intellectual play with joyful hedonism. This means that Alphas tend to prefer relaxed, aesthetic environments where emotions are expressed in the group with jokes and laughter. At the same time, they enjoy stimulating, fun conversation about theories and philosophy, where innovative, logical thought is prioritised. These groups are often open with people being invited to join in with the fun and offer an interesting or tangential opinion on the subject. Unpleasant, negative conversation is avoided with the group preferring things to remain light-hearted and in good humour so that the mood is not spoiled by personal qualms. Instead, criticisms are often softened to be in good humour for everyone to laugh with. Alphas want to devise an understanding of the world where everything fits together perfectly, a sort of 'grand theory' that is both all-encompassing as well as beautifully elegant. To envision an Alpha setting, think of a birthday party or philosophers having a drink down at the pub.

·         Beta: World-Rejecting and Clarity-Seeking. Includes LSI, SLE, EIE and IEI. Thought to have a “youthful” mentality. Combines assertive hierarchy with romanticised destiny. This means that Betas prefer environments where the group is united by expressed common values, working towards a long term goal. Those against the group's values may be treated as a common foe. Raucous, loud stories are often told by those in charge with group participation expected while people adhere to a set pecking order. There is often an aura of competitiveness in these groups, with pushing and shoving to reach the top. Despite this sense of competition, acceptance to the group is given on principle with newcomers being warmly welcomed. However, this welcoming air can turn icy someone be perceived to act against the group. Sometimes the emotionality in the group can become rather intense and heated and when there is a dispute, people owe it to the group to be straight and open with how they feel, laying the issue out on the table and even fighting it out if needed until the drama dissipates. Betas wish to understand their world with certainty and may commit to an ideological way of viewing the world which grants purpose and meaning, seeing other ideologies as obstacles to be removed. Those who embrace the same ideology are seen as belonging and are treated as brethren. To envision a Beta setting, think of a political party or intense clubbing night.

·         Gamma: Integrity-Seeking and World-Rejecting. Includes ESI, SEE, LIE and ILI. Thought to have a “mature” mentality. Combines harsh judgment with strategic thinking. This means that Gammas prefer to remain independent from the controls and influences of other people, striving to fulfil their own ambitions as a matter of personal achievement. They prefer to look at facts in the long term, doing what is prudent for their future and sacrificing daily concerns for what will be best later on. Socialising is a pragmatic means of meeting people who can be trusted and form meaningful relations with. New people are quickly judged, with a strong emphasis on individuals being essentially good and trustworthy. More pragmatic, working relations can be formed, although scumbags will be rejected with vitriol. People are thus treated as individuals who could either be allies or enemies, depending on their set, inner nature. Gammas will tend to consider their own opinions towards issues carefully and when necessary, will prefer people to speak their mind harshly and disagree rather than try to stay friendly. They can be extreme in their attitudes towards other people, forming long-lasting grudges against those they deem 'evil'. To envision a Gamma setting, think of a business meeting or else the lone entrepreneur, trying to solidify a profitable future.

·         Delta: World-Accepting and Integrity-Seeking. Includes EII, IEE, LSE and SLI. Thought to have a “senior” mentality. Combines good-faith judgment with practical convenience. This means that Deltas like peaceful, minimalist surroundings in which they are free to work on their own endeavours without interruption. They prefer to be self-sufficient, being able to do things themselves, or else learn how to improve themselves so that they no longer need help. At the same time, they enjoy giving sound, practical advice to help people, earnestly trying to make their immediate surroundings a better, more fruitful place. Deltas tend to be understated, with a quiet humility, or else, taking a sudden excitable interest in a new person who is of interest. People are judged carefully over time, with Deltas being happy to give others the benefit of the doubt, looking past misunderstandings until they know the person is right for them or not. Disagreements are often respectfully addressed, but rarely lead to an argument, with Deltas being happy to go their own way and not mind what others do. At the same time, they may do much to avoid long-term commitments, needing to be free to choose based on new situations and able to manage their own affairs with convenience. To envision a Delta setting, think of the friend who pops in to see you after some eclectic travels or else the sort of person who goes off into the woods to build their own tree-house.


Now that you've read through this Introduction and have a basic grasp,  why not try joining the World Socionics Society?
Posted by Jack Oliver Aaron at 10:56 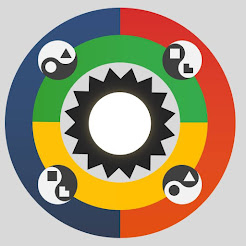